What is a Global Environmental Issue? 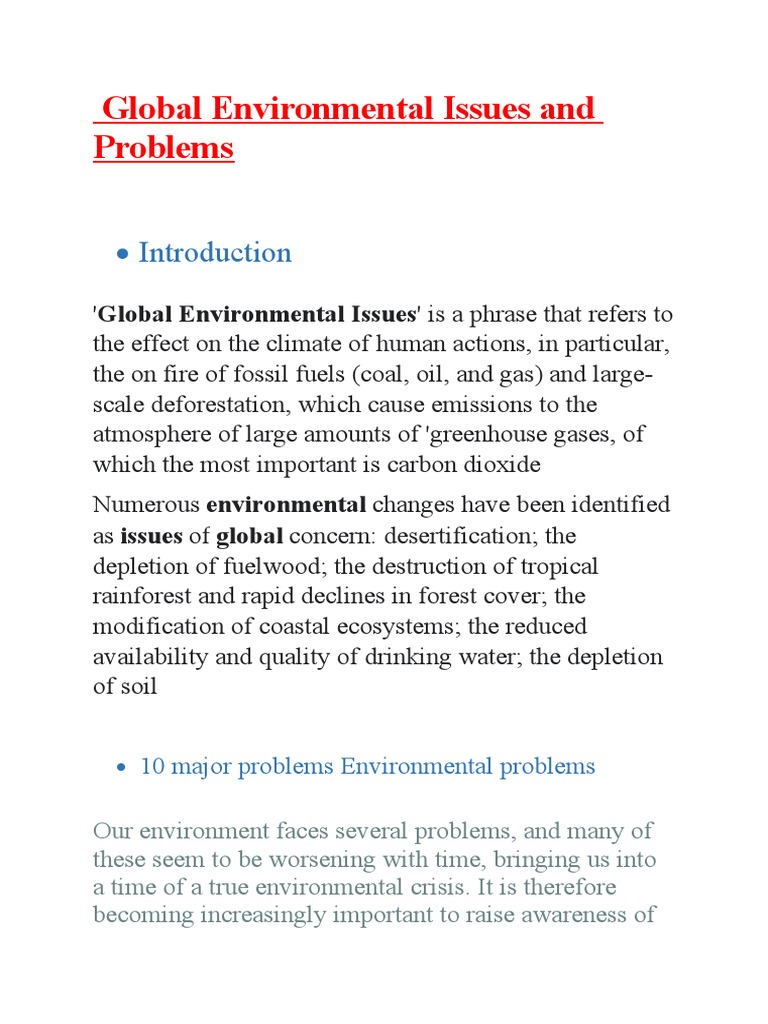 Global environmental issues refer to human actions and their impact on the environment. These include the destruction of habitats, air and water pollution, the depletion of natural resources, and global warming. These issues have an obvious ethical element.

The global environment is constantly changing. This includes changes in climate, oceans, and land. It also involves the extinction of species.

Some of the most important environmental issues are overpopulation, climate change, deforestation, and habitat loss. The problem is exacerbated by unsustainable consumption patterns and overexploitation of natural resources. In addition, the global environmental agenda includes addressing migration, economic cooperation, and pandemic response.

Developing nations are the most affected by the global environmental issues. Poor sanitation is a major cause of disease worldwide. Children are more vulnerable to water-borne diseases. Additionally, improper land use can result in soil erosion and desertification.

The developed nations are also facing different environmental threats. The United States uses a disproportionate share of the planet’s resources. Burning fossil fuels produces large amounts of carbon dioxide. It can lead to a variety of environmental problems, including ozone depletion.

The depletion of the ozone layer has a profoundly negative impact on the health of the planet. Tenths of deaths worldwide are caused by air and water pollution.

Some of the global environmental issues include deforestation, habitat loss, and loss of biodiversity. A number of plant and animal species have become extinct in the last century.

The loss of biodiversity affects the health of other species. A single extinction can result in dramatic imbalances in the ecosystem. This is especially true in areas with high biodiversity.

PREVIOUS50 Ways to Save the Earth
NEXTBuilding Codes – What Are the 5 Building Types?