What Are the 17 Types of Sustainable Development? 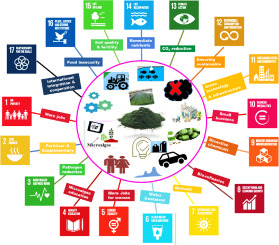 The Sustainable Development Goals, or SDGs, are a set of 17 goals and 169 targets that were established by the United Nations in 2015. The goals and targets, which are universal, promote sustainable development. These targets are aimed at achieving prosperity and dignity for humankind and the planet.

They are a continuation of the Millennium Development Goals (MDGs) that were adopted by the UN in 2000. These goals are a blueprint for a new direction for the world. As a result, many people are living better lives than they did at the beginning of the millennium.

Sustainable Development is an approach to economic development that minimizes environmental problems. It promotes sensible use of natural resources and a balance between production and consumption.

Some of the SDGs include equality for women and girls, healthy and nutritious food, clean water, and access to education. Sustainable development also emphasizes the preservation of the planet, biodiversity, and local economies.

One of the most urgent concerns for sustainable development is climate change. Global warming is a gradual increase in the temperature of the Earth’s atmosphere. Climate change is caused by the emission of gases, including chlorine from man-made CFCs, which cause ozone depletion.

Moreover, rapid industrialization has contributed to the degradation of the environment. It has also caused land degradation, which is a decline in the quality of soil and water. Deforestation is the destruction of forest lands.

Similarly, violence is another problem that affects many children. In particular, children uprooted by war and disasters are vulnerable to violence.

PREVIOUSHow Can I Clean My House Without Chemicals?
NEXT7 Components of Building Green