The 4 Main Landscapes of the Earth 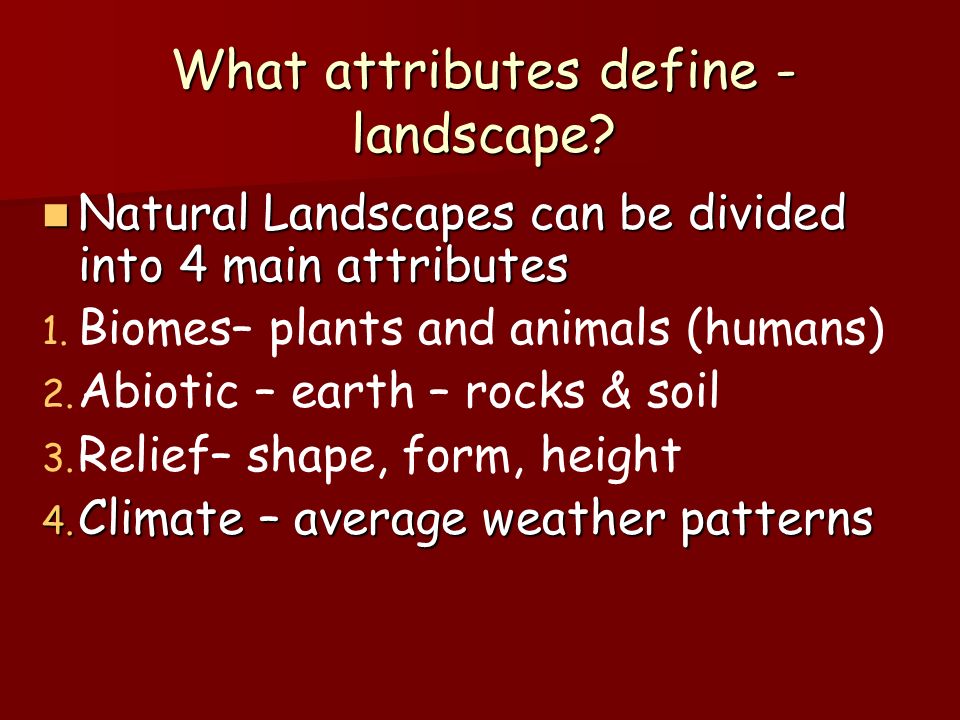 The 4 main landscapes of the Earth include mountain ranges, plains, wetlands, and rivers. They all come in different shapes and sizes, but they each have one or more important characteristics.

Mountain ranges are the largest landforms, and they are the most physically impressive. There are several types of mountains, including peaks, ridges, and plateaus. In addition to these large and tall landforms, there are many smaller ones, like canyons.

Plains are flat sweeping landscapes. Typically, they are grassland, but they may also be inland or coastal. Plains are found on all continents except Antarctica. Depending on the type of soil, they may be fertile and well suited for crop production. A prairie is a large swath of grassland with few trees.

Wetlands, on the other hand, are a watery form of landscape that naturally occurs on most of the planet. This type of landscape contains several sub-types, including swamps and varzea. Water in a wetland can be brackish or freshwater. Many of these wetlands are protected from human activities. One of the largest wetlands is the Pantanal in South America.

Rivers are important in geography for two reasons. First, they provide a source of drinking water, but they are also a major transportation route. Unlike the roads and highways that are made by man, rivers are a natural feature of the Earth. However, they are not always easy to traverse. Those that are navigable, however, often have dramatic features, such as waterfalls.

PREVIOUSWhich Country Will Use 100% Renewable Energy by 2050?
NEXTWhat Are the Different Types of Environment?